You are here: Home / Leading From the Middle / Making a Difference During Uncertain Times 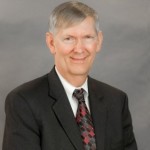 Hi everyone! This is the first of a series of blogs dedicated to helping proactive ‘ordinary people’ successfully make an extraordinary impact by initiating or influencing constructive change by leading ‘from the middle’. I’m passionate about helping people at all levels be more successful in making significant, positive impacts. During my career, I’ve participated in, observed, and heard first-hand accounts of numerous ‘ordinary’ people who took initiative to influence or initiate change that resulted in extraordinary positive outcomes. The purpose of these blogs is to share stories of these amazing change agents and provide insights and tips on how proactive people, who are willing to take initiative, can more successfully make a difference and improve outcomes. Okay, let’s start!

Everyone is a ‘leader’ and can make a difference!:  First, we need to recognize that each of us is a leader and can make a positive impact, regardless of our position. We may not be an executive, manager or supervisor – but we all contribute as team members, subject matter experts, process experts, customer service experts or even as customers. In my experience the closer the person is to the process, situation, or customer, the more insight they have into the real issues or concerns and likely remedies. Each of us has talents, skills and passions that allow us to step up to leadership – we just don’t always recognize them in ourselves. Bottom line:  We can all make a difference!

Flint, Michigan – 2014/2015:  Lee-Anne Walters, was concerned for the safety of her four children after the Flint city water source changed from Lake Huron to the Flint River in 2014. Flint citizens immediately complained about the new orange water, its smell and taste. Her twin 4-year old sons suffered skin rashes whenever they bathed or swam in their pool and her 13-year old daughter’s hair began falling out. By February 2015 the EPA notified Michigan’s Department of Environmental Quality (MDEQ) that her water tested nearly seven times greater than the EPA limit for lead. Another test in March showed lead levels in her water to be 27 times greater than the EPA limit, but state and local officials took no action.

Frustrated at inaction by city and state officials, Lee-Anne searched for scientific experts willing to help. She found Virginia Tech University professor, Marc Edwards, an expert in lead contamination of water systems and public safety advocate who earlier had proven Washington, D.C.’s water system had lead contamination despite repeated denials by local officials. In April, Professor Edwards taught Lee-Anne by phone how to properly collect water samples from her faucets. The 30 collected samples tested between 300 and 13,000 parts per billion (ppb) with an average of 2,000 ppb for lead (over 130 times greater than the EPA limit). During the summer, city and state officials continued to deny there was a water quality problem with the mayor even drinking tap water on television to reassure Flint citizens the water was safe.

In August, Professor Edwards notified MDEQ his team would conduct a study on the Flint water supply. In September their preliminary report showed elevated lead levels in 40% of Flint homes and recommended the state declare the water unsafe for cooking or drinking. By late September, a research study headed by a pediatrician at the Hurley Medical Center showed the number of children with elevated lead levels nearly doubled after Flint switched its water supply and tripled in neighborhoods with the worst contamination.

In October the state began testing water in schools and announced three Flint schools tested positive for dangerous levels of lead. The Governor stated the city would discontinue using Flint River water and a week later the Governor signed a bill appropriating $9.35 million to help Flint reconnect with the original Detroit water supply. By October 16th, the city switched back to Detroit water.

Epilogue:  In an interview about Virginia Tech’s support for Flint citizens, Professor Edwards gave the credit to Lee-Anne Walters who exemplified leading from ‘the middle’ stating, “I tell my students if they learn one thing from their (my) class, it’s that the most powerful force in the universe is a mother worried about the health of her child, if you threaten that, Mama will come and mess you up, even if you’re a powerful government agency.”

Finally, on January 24th, 2017, nearly three years after initial contamination of the Flint water supply, the MDEQ announced that Flint’s water supply no longer exceeded the EPA safety levels in water for lead – thanks primarily to one ‘extraordinary’ mom who chose to lead from the middle to save a community.

Leading from the Middle Lessons:

Hint:  To start leading ‘from the middle’, ask “What gets in the way of me or my team from doing our best work?”, then plan to overcome those hurdles.

For more information about Lee-Anne Walters and Professor Marc Edwards and the difference they made to protect families and communities and to hold government officials accountable for their actions check the below links:

This article appeared first on my LinkedIn page, where it was published 19 February 2017.